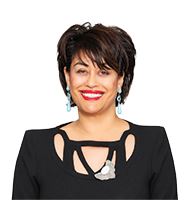 Through her vision and leadership, Lynette McFadden has been a driving force behind the meteoric rise of Harcourts gold from unassuming suburban office to one of the shining lights of the Harcourts Group – the Papanui office now holding Harcourts’ top office out of 900 around the world.
Lynette’s ability to forge relationships has made her a formidable business leader – able to inspire, motivate and support her team to achieve top results year after year. From one-on-one mentoring of sales consultants, to a programme of training across the company, and beyond, to her public speaking engagements, charitable work and regular magazine columns, Lynette has a talent for bringing out the best in people. She has coached many award-winning sales consultants, including several Harcourts Christchurch Rookie of the Year recipients and the Number 1 sales consultant across Harcourts internationally, and has been influential in the consistently high ranking of Harcourts gold within the Harcourts Group, locally, nationally and internationally. Her coaching is underpinned by strong personal discipline and a legendary work ethic: the long hours and intense commitment to the task that Lynette puts in allow her to lead by example while still devoting time to being proud mum of her two sons, Harry and Louis. In 2012, her pivotal role in the success of Harcourts gold was recognised when she and John became the first couple ever to be inducted into the Harcourts Hall of Fame.
Lynette continues to play a key leadership role in Harcourts gold: her influence ensures that no part of the customer experience is left untouched by the Harcourts gold magic.